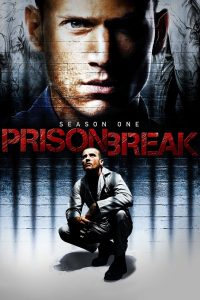 Lincoln Burrows is currently on death row and scheduled to die in a few months for an assassination his younger brother Michael is convinced he did not commit. With no other options and time winding down, Michael takes drastic measures to get himself incarcerated alongside his brother in Fox River State Penitentiary. Once he’s inside, Michael, a structural engineer with the blueprints for the prison, begins to execute an elaborate plan to break Lincoln out and prove him innocent.